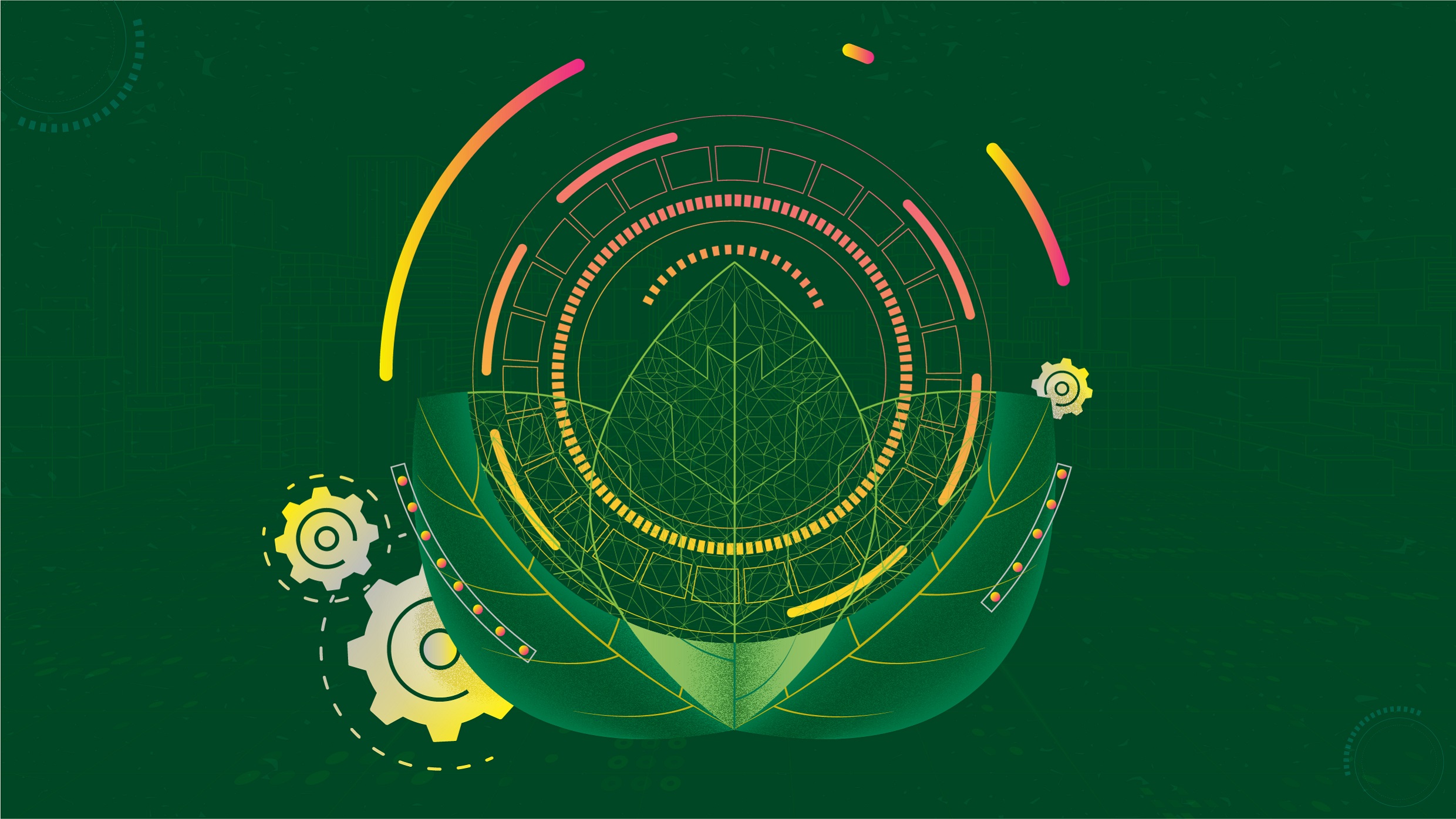 There's been a series of recent articles about dodgy companies providing fake carbon offsets. Restoring and preserving forests is an easy and low-cost approach to remove greenhouse gases from the atmosphere. But when fraudulent players get into the game, it doesn't bode well for the cause. Pachama, a San Francisco startup who has raised so far $24.3 million, decided to tackle this problem head on. The company focuses on removing carbon from the atmosphere by restoring and protecting forest.

If you’re familiar with climate change, then you’ve definitely heard of deforestation. When the Amazon Rainforest recorded record-breaking fires in 2019, the world was forced to face the reality that the planet does not need us, but we most definitely need the planet.

Currently, Pachama is in Series A round with the total funding sitting at $24.3 million, according to Crunchbase.

How Pachama planted its seeds

Pachama is the brainchild of Diego Saez-Gil and Tomás Aftalion, two Argentinians with diverse yet interconnected backgrounds.

Saez-Gil left his home in northern Argentina to develop a plethora of tech companies around the world. In 2011 Saez-Gill co-founded WeHostels, one of the first mobile-only travel booking apps. This was acquired by StudentUniverse in 2013. He worked for this company until the end of 2014.

In 2015 he co-founded Bluesmart, which developed the world’s first smart luggage system, featuring GPS/3G location tracking, remote locking, and digital weighing. In 2018, the company was acquired by Travelpro.

After a decade away from home, the serial entrepreneur returned to South America and planned a trip to Peru to explore the Amazon Rainforest.

Here, he saw first-hand the destruction and devastation caused by deforestation for industries like palm oil production and illegal logging.

The future of this part of Earth, once a powerhouse for offsetting carbon emission, hung in the balance. This brought about the idea of Pachama.

Aftalion worked as an analyst, data scientist, and machine learning engineer and is now the co-founder and chief technical officer of Pachama. In 2010, he co-founded BigDeal, a company based in Buenos Aires that gives users discount vouchers to various activities, restaurants, and retail offerings.

Saez-Gil moved to California where Aftalion resided. Aftalion was focused on figuring out how to use technology to protect and restore the natural world. Here, the pair combined their experience and skills and sowed the seeds for Pachama to grow.

The root of Pachama’s focus

Pachama’s focus is to remove carbon from the atmosphere, rather than reducing emissions, through carbon forest projects.

Each of the 21 projects that exist on Pachama’s platform has been rigorously inspected, ensuring all investments are fully utilized.

Pachama’s transparent and accessible marketplace gives people and companies the opportunity to offset their emissions by contributing to these restorative forest projects.

Companies or individuals can purchase carbon credits through the marketplace by investing in a project, or in a portfolio of projects.

Pachama is, therefore, able to address climate change to scale, while simultaneously giving people and businesses the power to make informed decisions about the climate solutions they support.

Through LiDAR imaging, Pachama creates 3D representations of forests to measure them. This is combined with other satellite data, specifically high-resolution imaging.

The satellite data is analyzed using artificial intelligence. Machine learning algorithms process huge amounts of data so that features, such as tree crown sizes and shapes can be identified and used to estimate carbon quantities.

Pachama’s satellite models are trained using a network of partner field plots. These are applied to new forests, where carbon and biomass can be estimated rather than manually measured.

Through machine learning models, Pachama can answer certain questions about a particular forest. Pachama can model a forest’s history, for example, to determine what would become of the forest without a carbon project. Radar data is also used to monitor a canopy for real-time deforestation.

The overall goal is to develop these tools into a suite so that people and companies can create new forest carbon projects across the world.

Pachama has six criteria to evaluate forest carbon projects. These were adopted from the United Nations and mixed in with some of Pachama’s tech magic.

Pachama doesn’t want to fund fraudsters. That’s why they first check if projects are real. A project developer will give Pachama a forest boundary which is then overlaid on remote sensing data to see if an actual forest project exists in this location.

Using historical remote sensing data to find additional perks, forest stock in the project boundary is compared with forests nearby.

If the forest project indicates better trends than unprotected forests nearby, then that means Pachama has struck gold and additional carbon benefits exist.

If a project shows no real difference in the rate of deforestation or regrowth inside and outside the boundary, there are no additional benefits.

Low additionality is when a project is deforested as quickly as the areas surrounding it, or if it has little to no risk of deforestation at all.

Remote sensing data is contextualized to see if a project is proactively protecting its forest. Pachama checks if there is security against illegal logging, tree planting, and less timber harvesting.

Pachama also uses remote sensing analysis to see if a project is causing harmful damage or leakage in surrounding areas.

Are the carbon benefits going to stick around or ghost us? Trees cannot store carbon forever so when one dies it stops absorbing carbon and that storage is eventually released back into the atmosphere. Destruction of an entire forest reverses carbon sequestration.

Permanence refers to the risk of damage that may happen to a forest through natural causes or human activity. Existing prevention and mitigation plans are considered too.

Verification is done on of the number of carbon credits issued as well as the carbon benefits these are supposed to represent.

A third-party organization will check the project and its carbon credits to see if these have been documented.

Using remote-sensing data and machine learning models, Pachama quantifies the number of additional benefits. These are compared to the carbon credits offered by a project.

To do this, the biomass in and outside of a project’s boundaries are compared, essentially estimating the net carbon benefit of the project in its lifetime.

If a project overestimates its carbon benefits or doesn’t clearly outline the number of credits on offer, then Pachama won’t take it on.

To avoid being fraudulent, projects and their carbon credits are tracked through registries. These have defined rules and tracking mechanisms to guarantee integrity.

Pachama considers how local communities and the surrounding ecosystems are affected by projects. The team works closely with project developers to figure out how to make a difference.

To ensure the long-term sustainability of a project, members of a community are consulted and brought on board. The projects are then promoting climate equity and creating economic opportunity.

The 21 projects of Pachama

Pachama currently has 21 projects dotted around the world: from the United States of America to Mexico, South America, Africa, and Papua New Guinea. Each project contains a description of the work being done, as well as “co-benefits” which pertain to the community-based impact the project has, allowing corporates or individuals to choose a project that best aligns with their goals. Take a look at Pachama projects.

Additionally, Pachama grouped projects in nearby geographic areas that support similar work and offer similar co-benefits, together. These portfolios give purchasers the opportunity to support multiple projects at once. The portfolios are:

Going green has never been easier

Investing in the planet’s future is now more accessible and seamless than ever before, through Pachama. Companies and individuals can cut their carbon emissions through the click of a button. Through the 21 projects and 3 portfolios available, people are able to choose what best suits their needs or that of their company.

The marketplace is informative and gives buyers all the information they need to ensure their carbon credits are as impactful as possible. Pachama has covered all the bases in terms of the longevity and sustainability of the projects, as well as including and empowering small communities to benefit through these projects in multiple ways.

The rigorous verification process each project endures prior to being selected for the platform attests to Pachama’s overall mission. It is indicative of how passionate and serious Pachama is about protecting and restoring forests and ultimately removing carbon from the atmosphere, rather than just reducing emissions.

Through machine learning and remote sensing, Pachama has developed a way to ensure carbon credit purchasers know exactly where their money is going and how it will be beneficial to the cause.

The location of each project is majorly significant as these areas are vulnerable to complete destruction. The Amazon Rainforest, for example, was once an ecosystem so abundant with life. Now the fate of it lies in the balance, as illegal logging has pushed this biome to the brink of irreversible damage. Through the Amazon portfolio, buyers can purchase credits that will help multiple projects to continue working to hopefully one day restore this area to its former glory.

Pachama laid the foundation to remove carbon from the atmosphere, it’s up to industries and individuals to get on board and offset their emissions by purchasing carbon credits.

There’s been a series of recent articles about dodgy companies providing fake carbon offsets. Restoring and preserving forests is an easy and low-cost approach to remove greenhouse gases from the atmosphere. But when fraudulent players get into the game, it doesn’t bode well for the cause.

Pachama, a San Francisco startup who has raised so far $24.3 million, decided to tackle this problem head on. The company focuses on removing carbon from the atmosphere by restoring and protecting forest.

But the team decided to go a step further: use AI technology, data, and automation to offer the most trusted and transparent carbon offset marketplace out there.

We did a video review of the Pachama’s offering.

January 21, 2023
Product Design
What To Do After A Design Sprint? 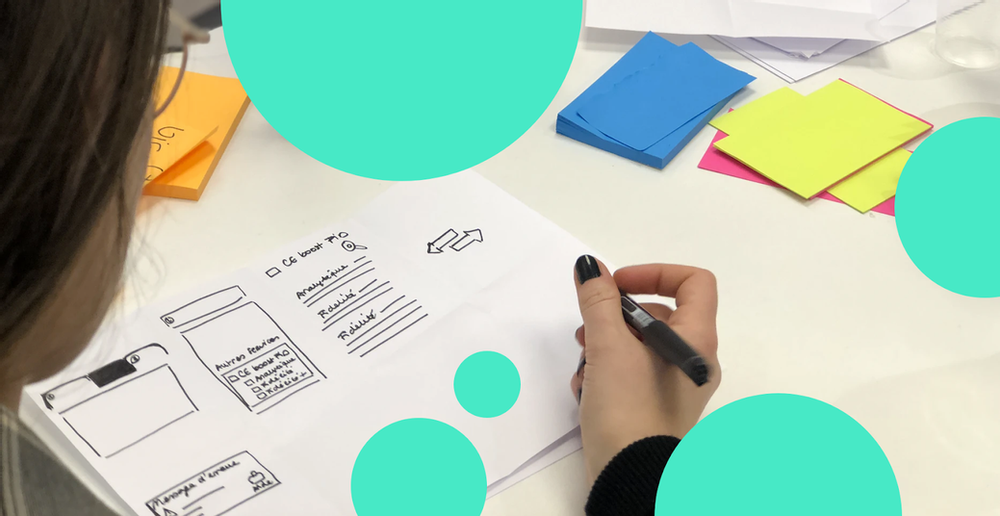